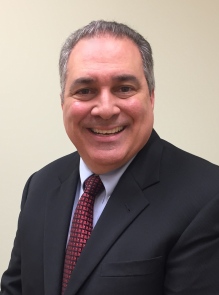 JAMES D. PETRUZZI received his bachelor's of science degree in electrical engineering with honors from the University of Texas and his law degree from UC Berkeley School of Law consistently ranked the best law school for Intellectual Property. Jim worked with Pillsbury, Madison & Sutro, a San Francisco-based national law firm and concentrated in litigation with an emphasis on intellectual property matters and antitrust. Jim also worked with Jones, Day, Reavis & Pogue, an international general practice law firm in the Dallas, Texas area exclusively litigating patent, trademark and copyright matters. Jim is licensed to practice before the U.S. Patent and Trademark Office and admitted to practice in Texas, California, and Washington, D.C.

Jim Petruzzi, with over 30 years of experience, has litigated patent, trademark and copyright cases in courts throughout the United States. He has has significant courtroom and arbitration experience presenting cases before judges and juries and at the American Arbitration Association and has argued before the Court of Appeals for the Federal Circuit in Washington, D.C. , the Fifth Circuit and Fourth Circuit Courts of Appeal. Jim has handled several inter partes reviews at the Patent Office and obtained one of the first successful outcomes in the United States for a Patent Owner during that process. Jim has litigated in a variety of technologies including semiconductor design and fabrication, surgical devices, computer software, pharmaceutical, cellular telephone, optical character recognition, medical equipment and novelty toys. In addition to prosecuting patent and trademark applications before the PTO, Jim has also prepared and negotiated patent, trademark and copyright licenses in the electronics, medical, telecommunications, and computer software industries.